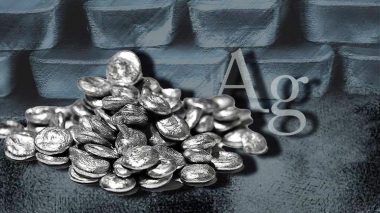 2022 has started a year defined by geopolitical turmoil and market uncertainty. As such, gold has grabbed several headlines. Interest in safe haven assets abounds amid rising rates, inflation, and political instability. Silver has been noticeably absent from these conversations.
If you compare silver and gold over the past year, silver’s performance looks less than stellar.

Gold, not without its own obstacles, has nevertheless steadily appreciated and seems very much on the cusp of having a massive breakout, given the possibility of stagflation and flagging markets. Silver, meanwhile, has been flat.

Throughout history, both gold and silver have been used as stores of value. Both tend to rise and fall together, meaning that silver is very much available for a discount right now.

Silver’s Growing Industrial Use.
A United States Geological Survey indicates that very little silver production goes toward creating coins or stores of value. Silver’s primary uses are for electronics. It is a key ingredient in smart cars, 5G cell towers, and computers. But, perhaps most importantly, solar panels require quite a bit of silver. In fact, it takes 20 grams of silver to produce a single solar panel. For comparison, silver’s industrial demand has gone up on the back of electronics, and laptops require only around 1.25 grams of silver apiece.

Solar power demand is projected to triple by 2026. Solar power isn’t even the only green tech that relies on copious quantities of silver to function; electronic vehicles take 25 to 30 ounces of silver, compared to the 18 to 34 required for a traditional vehicle.

A demand spike for silver seems likely, and the good news for investors is that supply has been relatively flat. Silver mines take a great deal of time to come online, and production hasn’t changed all that much since the aughts. The coming supply crisis and surge in demand will probably make silver an extremely attractive investment opportunity.