The golden opportunity of Australia. 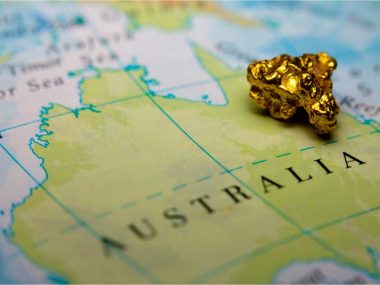 Record boost in Australia’s critical mineral resources.
The latest Resources and Energy Quarterly (REQ) reported Australia’s gold mine production is projected to rise at an average of 6.8 per cent a year in the next three years, reaching a peak of 390 tonnes in 2025–26.
Australia’s gold industry contributed $23 billion to the economy in 2021, furthering the nation’s economic prosperity, providing tens of thousands of jobs, and supporting local communities.
The second-largest gold producer in the world behind China, Australia has 82 operating gold projects accounting for 9 per cent of global mine production, and a solid pipeline of projects, the country’s gold mine production is expected to reach 305 tonnes in 2022.

Growth is expected to be driven by mine reactivation and expansions, as well as production from new mines.

Red 5’s 6.2 tonnes a year King of the Hills gold project in WA is on track to start production in mid-2022, with construction activities accelerating on multiple fronts.

Ramelius Resources started mining at its Tampia mine in WA on 18 June 2021. It is expected that the mine will add 3.2 tonnes of gold to Australian gold output from 2021–22 and onwards.

Calidus’ 4.3 tonnes of gold a year Warrawoona gold mine in WA is expected to commence production in the June quarter of 2022.

Newcrest has proceeded with the $246 million West Dome Stage 5 Cutback project to extend the life of its Telfer mine in WA. The first ore from the cutback is expected in the first half of 2022.

Heritage Minerals plans to reopen the 1.6 tonnes a year Mount Morgan gold mine in Queensland in 2023. The mine was once one of the richest in the world but was contaminated with acid water and abandoned in 1990.
Four companies have previously attempted and failed to revive the historic mine site, which produced its first gold in 1882.

Bellevue Gold’s 5.7 tonnes a year Bellevue gold mine in WA is expected to come online in June 2023 and Vista Gold’s 11 tonnes per year Mt Todd in the Northern Territory is expected to restart in the March quarter 2024.

Australia’s gold export earnings also increased by 6.3 per cent to nearly $27 billion in 2020–21.
This was largely propelled by a 4.4 per cent year-on-year rise in Australian dollar gold prices, as well as a 9.9 per cent boost in global gold consumption.
Australia exports its gold to more than 55 countries, and export volumes are projected to rise from 285 tonnes in 2021–22 to 382 tonnes in 2025–26.
After reaching a peak in 2025–26, Australian gold mine output is projected to decline by 4.1 per cent per year to 374 tonnes in 2026–27.
The output can be weighed down by lower grade ores, reserve exhaustion and closures. “It is therefore essential the industry is supported and investment in exploration is incentivised and continues to rise,” a statement from Gold Industry Group said.
Exploration expenditure is a vital gateway towards finding new gold deposits and realising the local economic and jobs benefits of production.