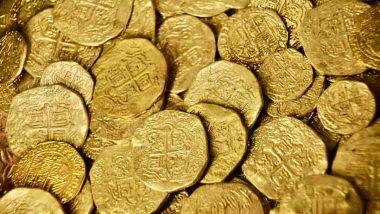 Gold has been used by humanity for thousands of years as a form of money. Its usage in jewelry denotes status, its appearance in religious buildings implies the divine, and it has surprising industrial uses as well.

Much like uranium and silver, gold has an origin in the stars. Gold is classified as a transition metal and has a density of 19 grams per cubic centimeter and a melting point of 1,064 degrees Celsius.

Gold Has Numerous Industrial Uses.On an industrial level, gold is frequently used in the manufacturing of electronics. This is because it is an efficient conductor of electricity and is immune to corrosion. Similar to silver, its malleability and durable nature make it ideal for use in soldered joints, connectors, switches, relay contacts, and connection strips.

Because it is non-allergenic, it also has use in dentistry. Fillings, crowns, bridges, and orthodontic appliances all make use of gold.

Humanity has also found a way to send gold right back to the stars from which it came by taking advantage of its immunity to corrosion to use it in spacecraft.

Gold Has Been the Ideal Money for Ages.
Gold holds all of the characteristics of an ideal money. It is scarce, decentralized, and outside of any third-party control, and it is fungible, meaning it can be divided into different sized units to facilitate transactions.”

Historically, many cultures have seen gold as a symbol of wealth and value. To the ancient Egyptians, it represented the sun. Pharaohs and priests would use gold to mark themselves as living representatives of the gods.

The Egyptian shekel, an early currency, was composed of two-thirds gold. The first known pure gold coin was minted in Lydia by decree of King Croesus around 550 BC. By 50 BC, the Romans were minting their first gold coins, the aureus, and Great Britain followed with the florin in 1284. Italy had the ducat, which had a five-century run as the most popular gold currency in the world.

Gold Mining Throughout History.
When people think about gold mining, the idea of the gold rush probably jumps to mind, but the oldest gold mine discovered was in Georgia, with archeologists placing its origins around the 3rd or 4th millennium BC.

The gold rush of the 1840s, including some of its bleaker elements.
1848 was a year of massive success for so many who arrived early to the party, and tales of their incredible fortunes drove others to relocate to San Francisco in the hopes of striking it rich, but like a modern investor following into chasing the latest hot investment all the way to the bottom, those tales of early success would prove elusive to prospectors who weren’t willing or able to take initiative before anyone really knew what was out there.
The indigenous population of California became a casualty of the rush of prospectors who began competing with them for natural resources. The gold rush also saw many ugly attempts to push out “foreigners” as gold became scarcer and scarcer, with white Americans often banding together to push out non-white Americans through violence.

The Untethering of Gold From the Dollar.
Nixon ended fiat currency on August 15, 1971, saying in an address, “I have directed Secretary Connally to suspend temporarily the convertibility of the dollar into gold or other reserve assets, except in amounts and conditions determined to be in the interest of monetary stability and in the best interests of the United States.”

The motivation for this move largely as a way for the U.S. to deal with debts incurred from the Vietnam war, and the challenges of having the dollar tied to a hard asset. The brief influx of liquidity this allowed resulting in wealth inequality that continues to grow over time. This chapter of gold’s history has special weight in 2022, with inflation rising at record rates.

Gold’s Golden Future
Тhe debate about what has value rages on, but experts sees precious metals as complementary assets. “When it comes to hard money, gold, along with silver, is about as good as it gets. From adorning the tombs of the great pharaohs to powering spacecraft that may extend the horizons of humanity’s domain, gold has proven to be an incredible resource that will continue to shine as civilization advances.