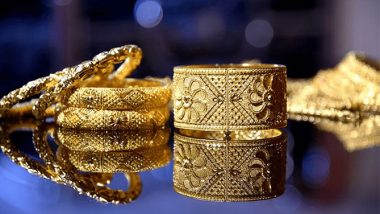 China.
In China, gold is often gifted to younger members of the family for special occasions, and there is a tradition of giving gold to new born babies in the form of tiny necklaces or bracelets.Gold also has a special place in the Chinese New Year when ornate pieces of jewellery in 24 carat, often featuring zodiac symbols are purchased for their investment value as well as their beauty.
Gold has been present in Chinese history since the Han Dynasty (206 BC-220 AD), but Chinese gold demand took hold during the Six Dynasties (222-589 AD) with the arrival of Buddhism. Worshippers made gold offerings, and built golden pagodas and statues of the Buddha.
Today, China is the world’s largest single market for gold, driven by a society that is becoming steadily more affluent and which holds the view that purchasing gold demonstrates sound financial foresight and promises to bring good fortune.
A long-term view of gold’s ability to grow in value means that in China price drops are often seen as buying opportunities.

India.
India is one of the largest markets for gold, and growing affluence is driving growth in demand.
Gold has a central role in the country’s culture, considered a store of value, a symbol of wealth and status and a fundamental part of many rituals. Among the country’s rural population, a deep affinity for gold goes hand in hand with practical considerations of the portability and security of jewellery as an investment.
Gold is considered to be auspicious, particularly in Hindu and Jain cultures. The ancient law-giver Manu decreed that gold ornaments should be worn for important ceremonies and occasions. Aside from Diwali, one of the most important dates in the Indian calendar, regional festivals across the country are celebrated with gold: in the south, Akshaya Tritiya, Pongal, Onam and Ugadi; in the east, Durga Puja; in the west, Gudi Pavda; in the north, Baisakhi and Karva Chauth.
Gold is central to more personal life events too. Gifting gold is a deeply ingrained part of marriage rituals in Indian society-weddings generate approximately 50 percent of annual gold demand in India.

United States
The US market for gold jewellery has shifted away from mass-market gold sales and is enjoying a renaissance at the high-end with the growth of designer gold jewellery brands.
Weddings are a major driver of gold jewellery demand in the US today. While wedding rings have been a part of Western European culture for centuries, the modern American tradition of the gold wedding band took off during the Second World War, when soldiers fighting overseas wore rings to remind them of their loved ones back home.
Gold resonates particularly well with those consumers looking to buy a piece that they feel is associated with tradition or reminds them of a special moment in their life. A key strength of gold for these consumers is that it keeps an inherent emotional and financial value over time and can be passed to the next generation.

Turkey.
Turkey, perhaps better than anywhere else, illustrates the broad role gold can play in modern society.
Gold is embedded in Turkish life: merchants pioneered the use of gold coins in ancient Lydia, and today gold plays an important and innovative role in Turkey’s economy.
Turkey’s demand for gold is underpinned by a deep cultural heritage and it plays an important role in weddings and other aspects of religious life. In the jewellery industry it is both a medium of exchange and a unit of account: in the Grand Bazaar-the heart of Turkey’s gold market-rents are often priced in gold. There is a strong economic incentive to own gold too. Generations of Turkish savers have turned to gold as an effective hedge against the ravages of inflation and currency weakness.