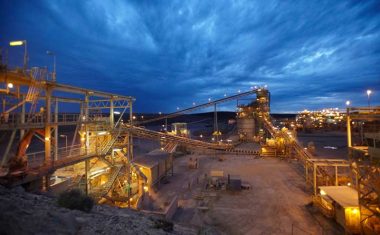 The acquisition is expected to deliver the company a coveted foothold in the North and South America.
Gold Fields to Be World’s Fourth Biggest Gold Miner By Output
Leading South African miner Gold Fields Ltd. is set to become the world’s fourth largest gold miner, following its acquisition of Canadian Yamana Gold in a $6.7 billion mega deal. The all-share deal is considered as the biggest in the region in several years.

Answering to queries on the high premium paid by Gold Fields, its CEO Chris Griffith noted that he doesn’t think that the market will have the same level of appreciation for the deal as the company does. The high premium is by taking into consideration the future value of the asset, he added.

Gold Fields had agreed to purchase Yamana shares at a premium of 31% above the latest closing price of the share. This was cited by the analyst community as ‘considerably higher’ in comparison with recent gold deals.

The acquisition is expected to deliver the company a coveted foothold in the Americas. In terms of gold production, it will now be behind of Newmont, Barrick Gold and Agnico Eagle. Upon completion of the transaction, Gold Fields shareholders will own around 61% of the combined group, whereas Yamana shareholders will own the remaining 39%.

It must be noted that Yamana had produced 884,793 ounces of gold and 9.2 million ounces of silver in the previous year. Apart from owning 50% of Canadian Malartic- the country’s biggest gold mine, Yamana also operates mines in Chile, Brazil and Argentina.