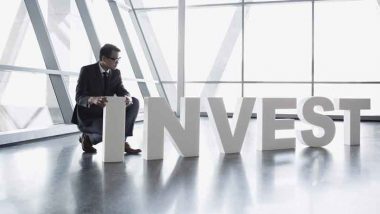 Analysts note that despite shrinking mine supply, high physical demand, low interest rates, and problematic inflation, the price of gold failed to advance much in 2021. Gold mining stocks fell 9.25%, and bullion prices dropped 3.64%. Hathaway’s report summarizes that, “What stymied interest in precious metals over the past twelve months was the lure of strong equity market returns, the prospect of tighter monetary conditions and an infatuation with all things crypto. We expect things to be different in 2022.”

If demand for gold surges in 2022, supply won’t be able to keep up. New mines are increasingly challenging to open, even in countries that were traditionally friendly to mining. This could further be favorable to gold’s price. As supply has flagged, demand in Asia has surged. Notably, India’s gold demand has reached a six-year high.
An equity bear market-which seems highly likely-could be the catalyst that gold needs to finally break out of its slump and start demonstrating its traditional inflation strength.

At the December 14, 2021, American Council for Capital Formation (ACCF) webinar, former U.S. Secretary of the Treasury Larry Summers stated that there is a risk of “spontaneous deflation of capital markets.” Summers added that “The Fed will have a very difficult time of organizing a soft landing…. All the efforts at disinflation we have had historically, where it was clearly established that inflation has been too high and the Fed acted, have ended in recession.”

Fed policy is poised to take a hawkish turn, which will abruptly cut off liquidity and send ripples across the entire economy. Hathaway sees gold as not just an inflation hedge, but also as a hedge against “systemic risks,” noting that systemic risks abound in the current market. Inflation could very well topple the entire system, creating a recession and causing gold’s value to surge.