What metals are used to build spaceships that plow through the vast expanses of the universe? 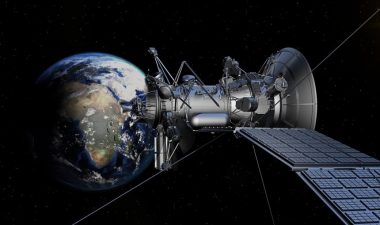 The “winged metal,” a favorite of aircraft designers. Pure aluminum is three times lighter than steel, very ductile, but not very strong. To make it a good structural material, you have to make alloys out of it.
Historically, the first was duralumin (duralumin, dural as we often call it), the name given to the alloy by a German company that first proposed it in 1909 (from the name of the town of Duren). This alloy, except aluminum, contains small amounts of copper and manganese, which greatly increases its strength and rigidity. But dural also has disadvantages: it cannot be welded together and is difficult to stamp (thermal processing is needed). Its full strength is gained over time, this process is called “aging”, and after the heat treatment the alloy has to be aged again. That is why parts made of it are connected by rivets and bolts.
American engineers had stronger aluminum alloys with up to a dozen different components at their disposal. Construction often had to rely not on average strength, but on minimum, or guaranteed strength, which our alloys could have had noticeably lower than average.
In the last quarter of the 20th century, progress in metallurgy led to the appearance of lithium-aluminum alloys. Before that time additives in aluminum had been intended only for strength increase, but lithium allowed to make the alloy much lighter. The tanks of the Space Shuttle were made of lithium-aluminum alloy.
Finally, the most exotic aluminum-based material – Boraluminum composite – where aluminum is assigned the same role as epoxy resin in fiberglass plastic: it holds together high-strength boron fibers. Nevertheless, both then and now, aluminum is the No. 1 metal in rocket science. But, of course, there are a number of other metals without which a rocket cannot fly.

An indispensable element of any engineering structure. Iron in the form of various high-tensile stainless steels is the second most common metal in rockets. Wherever loads are not distributed over a large structure, but are concentrated at one or several points, steel outperforms aluminum.
Steel is stiffer – a steel structure whose dimensions should not “float” under load is almost always more compact and sometimes even lighter than aluminum. Steel is much better to vibration, more tolerant of heat, steel is cheaper, except for the most exotic varieties, steel, in the end, you need it for the launch structure, without which the rocket – well, you know…
But the tanks of a rocket can also be steel. Amazing? Yes. However, the first American intercontinental rocket Atlas used thin-walled stainless steel tanks. For a steel rocket to outperform an aluminum rocket, many things had to be radically altered. During the manufacturing process, the walls are supported by special holders on the inside. The most difficult stage of the process was welding the bottom to the cylindrical part. It had to be done in one pass, so several welding crews, two pairs each, did it for sixteen hours; the crews replaced each other every four hours. One of the two pairs worked inside the tank.
Not an easy job, mind you. But it was the rocket that took American John Glenn to orbit for the first time. And then it had a glorious and long history, and the Centaur unit flies to this day. By the way, the body of V-2 was also made of steel.

The basic metal of electrical and thermal equipment. Isn’t that strange? Heavy enough, not very strong, easy to melt as compared to steel, soft and expensive as compared to aluminum, but nevertheless indispensable.
It’s all about the monstrous thermal conductivity of copper – it’s ten times greater than cheap steel and forty times greater than expensive non-rusting steel. Aluminum also loses out to copper in thermal conductivity, and for that matter its melting point. This mad thermal conductivity is needed in the very heart of the rocket, in its engine. Copper is used to make the inner wall of the rocket engine, the one which holds back the three-thousand-degree heat of the rocket heart. To prevent the wall from melting it is made as a set – the outside, steel, holds the mechanical loads and the inside, copper, takes the heat. A beautiful “copper” color of nozzles of R-7 rockets is clearly seen in all the pictures and in TV reports about taking rockets to the launch.

Precious metal known to mankind since ancient times. A metal that can’t do without anywhere. Like the nail that wasn’t in the forge in the famous poem, it holds everything together.
It is the metal that binds copper to steel in a liquid rocket engine, and in this, perhaps, is its mystical essence. None of the other construction materials has anything to do with mysticism – the mystical plume has been lingering exclusively behind this metal for centuries. It’s been like that for as long as copper or iron have been in use by man. The main drawback of the metal is its high cost, and therefore it has always been used sparingly – or, rather, wisely – according to its uses, which were always invented by people who were always restless. Sooner or later it had some substitute, which supplanted it with more or less success over time.
Since the times of GIRD and till now the only way of joining the combustion chamber parts for rocket engines is still soldering with silver solder in vacuum furnace or in inert gas.
Attempts to find brazing alloys without using silver for this purpose did not lead to anything yet. Sometimes this problem can be solved in some particular areas – for example refrigerators are now repaired with copper-phosphorus solder but there is no silver substitute in liquid propellant rocket engine. In the combustion chamber of a large rocket engine, silver content reaches hundreds of grams and sometimes reaches a kilogram.

Contrary to the widespread opinion, titanium is not widely used in rocket engineering – titanium alloys are used mostly for high pressure gas cylinders (especially for helium). Titanium alloys become stronger if placed in tanks with liquid oxygen or liquid hydrogen, thus reducing their weight. On the TKS spacecraft, which, however, never flew with the astronauts, the docking mechanisms were pneumatic, the air for it was stored in several 36-liter titanium ball-jars with an operating pressure of 330 atmospheres. Each balloon weighed 19 kilograms. This was almost five times lighter than a standard welding cylinder of the same capacity, but designed for half the pressure!