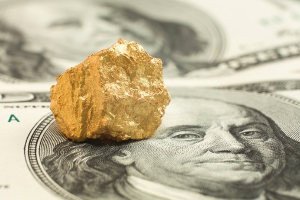 The US Geological Survey also published data for all of 2018. It begins from the 474 tons of yellow precious metal which were exported and in addition the 213 tons that were imported. It turns out that net exports last year amounted to 261 tons. At the same time, it should be said that 63 % of exported gold comes from refined precious metal, and the rest is raw materials and ore. But the import is already purified precious metal low sample. It accounts for 62%. The remaining 38% is pure gold, including in the form of investment coins from Canada.

Exports of gold from the United States begins to grow when demand for ETF-fund shares, which are secured by physical gold, falls. This precious metal is mostly stored in the USA and the UK. At the same time, mainly world gold is processed in Switzerland. Typically, 400-ounce (12.5 kg) gold bullions are melted into 1-kilogram bars, which are in high demand in Asian countries.