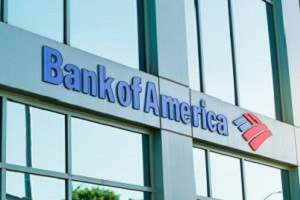 American investment bank Bank of America Merrill Lynch (BoAML) recently published a review in which he analyzed the current role of the US dollar and gold in the global economy.
The bank’s survey says that the US dollar still remains the leading world currency, but it still gradually loses its status, and this in turn is a supporting factor for the value of the yellow precious metal.

“According to SWIFT, the share of the US dollar in international payments is 39.9%, but this figure is declining, since the world economy is no longer concentrated only on one currency,” said an analyst at the investment bank. “We believe that the process of dedollarization of international reserves in different countries of the world will be an important factor in supporting and strengthening the role of gold, which some central banks are actively buying.”

The leaders in dedollarization of international reserves are the Central Banks of Russia and China. But the European Central Bank (ECB) recently spent 500 million euros of dollar reserves in Chinese yuan.
Currently, the gold market is experiencing increased activity of various investors who are actively buying gold for their investment portfolios. In this case, the precious metal helps to diversify assets in order to protect them from value fluctuations.

Analysts are confident that the dedollarization process has begun to gain momentum, and over time more and more investors will show interest in gold, which means its value will receive support for growth. But this process is not fast, so in the short term, you should not count on a sharp rejection of the US currency.