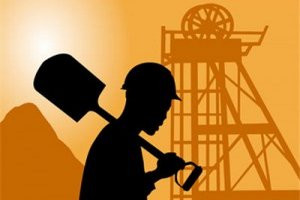 At the end of February of the current 2019, gold production in South Africa again showed a decline of -20%. Thus, it was already 17 months in a row, when the mining companies of South Africa were able to extract less precious metal from the ground compared to the previous period.
Gold deposits in South Africa are still considered to be the largest on a par with Australian ones. According to the calculations of the US Geological Survey, in the depths of South Africa are still 6000 tons of yellow precious metal, which can be mined. But the country’s gold mining companies produce less and less gold every month. This is due to different reasons.
According to the Statistical Service of South Africa, in February 2019, the country produced -20.6% less gold than a year earlier. Thus, February was the 17th month in a row, when gold production in the country declined. If we take a broader perspective, then since 2009, the statistics recorded a total of 29 months, when the extraction of yellow precious metal in South Africa was negative.

The Bureau of Statistics of South Africa never reports exact figures, but only indicates changes in percentages. The share of gold production in the total mining industry of the country decreased by -3%. A record decline in gold production was recorded in December 2018 at the level of -31%, and in January 2019 the decline was -22.8%.
For many years now, the mining industry in South Africa has suffered from intolerable working conditions. At the same time, there are frequent strikes by workers in the industry, which paralyze the mining process. To extract precious metal from the ground, companies have to drill to a depth of more than 4,000 meters. All these negative factors make gold mining in the country less profitable.