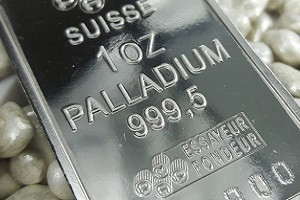 After reaching the bottom of the fall, palladium could slightly increase in price, but he continues to be under pressure, his situation is unstable. This view was expressed by analysts at Metals Focus in their review of the market for precious metals.

According to Metals Focus, even despite the recent correction, the outlook for palladium looks quite positive. Fundamental data on supply and demand in the world remain in favor of rising prices for this precious metal.

Even discreet data on the demand for cars in China and the United States since the beginning of this year will not be able to shake the palladium position. The demand for automotive catalysts for gasoline engines will still remain high, and other countries will be able to compensate for the drawdown in the American and Chinese markets. In addition, more and more countries are raising the quality standards for exhaust gases of automobiles, which means the number of vehicles on a gasoline engine will increase.

Recently, rumors began to circulate that automakers could replace palladium with platinum if the value of palladium continues to rise. But Metals Focus analysts do not know anything about the specific plans of the automotive industry. Therefore, these rumors remain speculation on the subject of palladium. The company also predicted a slight increase in the supply of this precious metal by 4% for the year, but the situation in South Africa is so unstable that this growth can be adjusted to a decrease at any time.