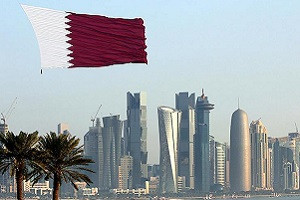 The World Gold Council (WGC) recently published data on the countries of the world that own gold in their international reserves. It follows from them that Qatar bought 9 tons of gold, increasing its gold reserves by 30%.
WGC updated the rating for countries that own gold. It contains data for January February 2019. Qatar stands out against the general background, and for the specified period bought 9.3 tons of gold for reserves. Now its gold reserve is 40.6 tons. Thus, the increase was + 30%. This data has already been reported some time ago, and the WGC confirmed it in its report. Also according to the WGC, China’s official gold reserves are 1,874.3 tons, but they do not contain data on the latest purchases of precious metals in March. Very often, data on changes are submitted late. Kazakhstan has increased its reserves in the first two months of this year by 3 tons, and now they are 356.3 tons.
The world official gold reserves of all countries are estimated by the World Gold Council at 33.871.36 tonnes – an increase of +2.19 tonnes compared with the previous period. Its WGC rating is based on the data sent to it by the countries themselves and data received from the IMF. Some states send data with a delay, and some even keep their gold reserves secret, for example, Israel, Iran and North Korea.

In March of this year, China’s gold reserves increased by +11 tons and now stands at 1,885 tons.
According to published data, the Central Bank of China keeps in its reserves in March 60.62 million ounces of gold. Compared with the previous period, the growth amounted to 360.000 ounces, which corresponds to 11.19 tons. Thus, in the first three months of 2019, China’s gold reserves are 1,885.49 tons, and their value is estimated at $ 78.525 billion.