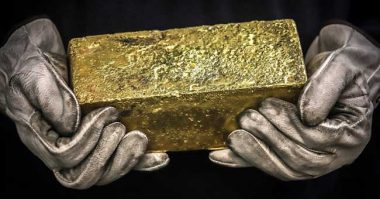 Gold is one of the oldest assets in existence. From its use as a currency in ancient times to its investment use and utility today, gold has always served as a store of value. The 21st century has been marked as an age of excessive leverage and money printing, bringing into question the full faith and credit of fiat currencies and government bonds, which once offered investors and savers greater security and value. Given gold’s unique ability to hedge against such risks, offer diversification benefits versus other asset classes and deliver superior returns, investors should strongly consider the yellow metal as part of any investment allocation.

The first known use of gold in transactions dates back over 6,000 years.

2 Gold has kept up with inflation and its purchasing power has increased.

3 Gold can be a good substitute for bonds and cash when interest rates are low. During periods like today when interest rates are low, gold has historically performed well while bonds or cash have delivered little income or return. Today, the price of everyday goods and services in the U.S. economy is increasing at a faster rate than interest can accrue in government bonds and savings accounts, leaving traditional savers with less purchasing power.

4 Gold is a physical asset which cannot be hacked, erased or degraded.

Gold has served as a critical store of value and medium of exchange for millennia due to its fixed supply, broad adoption and safe haven quality. While fiat currencies, such as the U.S. dollar, are widely used and offer price stability, they do not have a fixed supply and can be printed at the will of governments. An increasing money supply means that over the long-term, fiat currencies may lose purchasing power relative to inflation.

in decades. We are currently in a state of unprecedented expansion and reach of monetary and fiscal policies, akin to a grand experiment.”–Paul Wong

5 China and India are the world’s largest consumers of gold, mainly used in jewelry. Gold demand should increase alongside growing middle classes in Asia.

In many eastern countries, such as China and India, gold is a highly sought after asset and often has sentimental value. For example, gold, typically in the form of jewelry, is an integral part of a wedding dowry in India. Chinese investors tend to have a preference for real assets, such as gold and real estate, over financial assets like stocks and bonds which are often preferred by western investors. Demand for gold should increase as demographic trends point to growing middle classes and wealth in eastern countries while western economies age.

“Gold has been a splendid hedge against financial and economic disruption.”

6 Gold has outperformed other asset classes

Gold has outperformed major asset classes over the past 20 years, historically enhancing returns and increasing diversification.

7 Gold can be a powerful investment portfolio diversifier.

Many major asset classes are highly correlated, which means that they tend to move in the same direction at the same time. This is because many assets, like stocks, real estate or commodities, all tend to rise and fall with economic performance and investor sentiment. The price of gold is driven by different factors than many major assets, leading to a low correlation.* In other words, gold’s performance moves independently and may help serve as a return diversifier within a broader multi- asset portfolio.

8 “To help build a diversified portfolio, investors should keep 5-10% of their portfolios in gold investments.”

9 Bangkok’s Wat Traimit temple is home to the world’s largest pure gold Buddha statue, the Phra Phuttha Maha Suwana Patimakon. Four meters tall and three meters wide, the statue’s origins date back to the 1200s-1400s. Weighing in at a staggering five-and-a-half tons, this Buddha is valued at ~$320 million (gold price of $1,800 per ounce).

Gold has been a safe haven during economic and political instability.

Investors seek out gold for its safe haven quality during periods of economic and political instability. During the height of the COVID-19 pandemic crisis,1 gold outperformed both stocks and bonds. According to the World Gold Council,* gold’s performance during periods of crisis has risen to become the “top reason for central banks to hold gold”.

In a world of high stock valuations and low bond yields, gold may be one of the only undervalued asset classes.

10 “Implementing an outright or supplemental position to gold reduces risk without diminishing long-term expected returns. In particular, strategic allocations ranging from 2-10% can significantly improve and protect the performance of an investment portfolio, while providing the exposure desired by the commodities investment itself.” – The World Gold Council 2021

The average lifespan of a fiat currency is about 35 years, with hyperinflation being the most common precursor before collapse or reform.

Gold has appreciated alongside exploding government debts. The crushing global debt burden is and gold can help protect investor wealth.