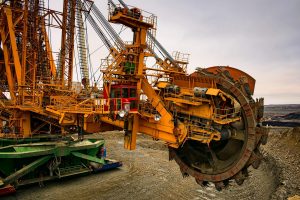 Victory Goldfields has been admitted to the Official List and commenced trading on the Australian Securities Exchange (ASX), following a successful Public Offer to raise AUS$5 million (before costs).

The company is geared up to commence drilling its three standout targets in the Cue Goldfields, in the mid-west region of Western Australia.

Victory’s current exploration program includes resource definition drill programs at Coodardy and Eaglehawk combined with testing of mineralisation extensions at Emily Wells. Approximately 6400 m of planned diamond drilling and approximately 1800 m of planned reverse circulation drilling are to be undertaken in the next two quarters.

The company has a number of other prospects for exploration, including: the Tuckanarra (Nemesis) project, Mafeking, Young Australia, Monte Carlo, Lady Godiva, Klondyke, Buttercup, and King Billy. An auger drilling program consisting of 826 holes is scheduled to commence in late July 2021 at the Nemesis and Mafeking prospects, designed to identify gold in soil geochemical drill targets.

Trevor Matthews, Victory’s Executive Chairman, comments:
“The board is excited to introduce Victory and its excellent Cue goldfields tenement portfolio to the market.

“We have been actively planning and preparing the Company for an accelerated start with prospect access arranged and diamond and auger rigs to commence exploration work on a number of highly prospective targets in the coming weeks.

“Following the successful capital raising, Victory is well funded to implement our exploration programs and we look forward to providing shareholders and potential investors with further news in the near future.”