How gold is used in new NASA technologies. 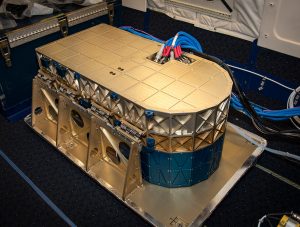 It’s no secret that people are now trying to find gold on other planets. Scientists believe that there are huge deposits of this metal on Mars and the Moon. In new discoveries and research on other planets scientists will be helped by the same indispensable metal-gold.
Researchers at NASA plan to produce oxygen on the Moon and Mars using gold. Using special equipment, carbon dioxide will be converted into oxygen.

Mars Oxygen In-Situ Resource Utilization Experiment (MOXIE)-so the scientists called their new invention. A box made of gold will be installed on one of the rovers, a spacecraft designed to roam the surface of another planet or celestial body, which will be launched to the moon.
Gold has a very low emissivity. The box will be installed next to the electronic units inside the rover. The gold will not radiate heat and so it will prevent it from heating up and help it survive the hot temperatures in some parts of Mars.

The box supplies energy to the anode and cathode, which results in the separation of oxygen from carbon dioxide, allowing for the subsequent extraction and creation of our own oxygen with almost no restrictions.