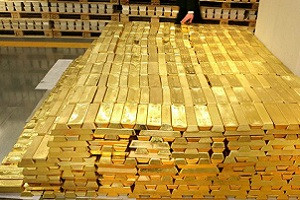 The World Gold Council (WGC) has published a list of Central Banks, which in the first two months of 2019 increased the gold reserves of their countries. At the same time, Uzbekistan first appeared in the WGC rating with 342 tons.

The review from WGC contains data on gold reserves in different countries of the world for January-February 2019. The top five leaders in gold reserves have not changed over this period. Russia is on the 6th place with a volume of 2,119.2 tons. On the 7th place is China with a volume of 1,864.3 tons. However, 10 tons of precious metals that were added quite recently are not included here.

A complete surprise for the experts was the appearance of Uzbekistan at number 16. Until this point, this country has never appeared in the list of countries-holders of gold from the WGC. In January 2019, the Central Bank of Uzbekistan bought 12.4 tons. It was only since January 2018 that the financial authorities of the country began to publish monthly official data on the gold reserves of Uzbekistan. Then the purchase of 6.2 tons was first reported.

For the first time in the World Gold Council rating, the country of Burundi (East Africa) appeared with a gold volume of 38.4 tons. According to the WGC, the total official volume of gold from Central Banks and international organizations is 33,869.17 tons. This indicator remained unchanged in the report. This sometimes happens in WGC reviews, as some countries are late in sending their data or do not publish them at all, as is done in Israel, Iran and North Korea.