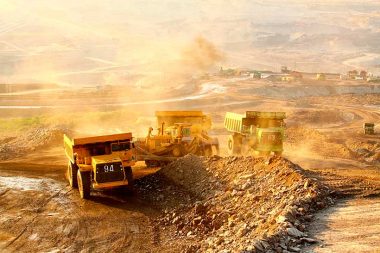 The drilling programme of 26 holes focused mainly on extending the known mineralised trends, along strike and at depth, around some of the historical gold mines such as Homeward Bound, Bulletin, Eclipse and Jack’s Dream as well as the small pit at Budd’s Find.

In particular, the holes completed at the Homeward Bound shaft and Budd’s Find open pit have provided important structural data on the direction of the gold mineralised veins which will advance technical team’s understanding of the structural model of the wider project area.

The company said four of the 13 holes drilled at Homeward Bound target reported significant intercepts with the best of the drill holes intersecting three new mineralised zones: 2 metres (m) at 1.92 grammes a tonne (g/t) gold from a depth of 79m, 1m at 2.97 g/t from 87m and 2m at 2.09 g/t from 106m.

Significant intercepts were also reported at Budd’s Find, including 2m at 3.30 g/t gold, and Bulletin from four of the seven holes drilled.

While two of the six holes drilled around the Eclipse and Jack’s Dream shaft intercepted significant gold mineralisation below the previously identified mineralised zones with 3m at 2.20 g/t gold from 165m at Eclipse and 2m at 0.85 g/t from 184m at Jack’s Dream.

These results are very encouraging having returned multiple significant intercepts which supports our hypothesis that the combined Eclipse-Gindalbie project has the potential to support a significant gold resource.