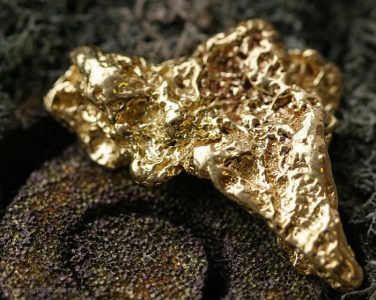 Cobra Resources has been busily getting down to work on its Australian gold ground.
In the fourth quarter of 2020 Cobra Resources drilled 41 reverse circulation holes covering over 6,000 metres focusing on the Baggy Green, Clarke, Barns and White Tank deposits in Australia.
This was a key progression from the substantial geochemical work and soil sampling work carried out earlier in 2020 which helped inform the targets for drilling – it was a major operational milestone in the process for Cobra building towards the group’s strategic aim of delivering an initial target of a one million ounce gold resource, a fivefold increase from the current 211,000 ounce resource.
The drill programme also cemented Cobra’s earn-in to an initial 50% stake in the Wudinna Project, and the company has the opportunity to increase this to 75% with further investment in the work programme of A$2.9 over the next three years. This was a major corporate milestone for the company.
This is now a high priority future target and the fact that it lies 1.75km north of the existing resource at Baggy Green provides potential for a totally new resource zone and a lot of scope to infill in between.
Next came Baggy Green which accounts for around half the existing resource base. The Baggy Green drilling was designed to test northern and southern extensions to the existing resource.
Some important findings were the low-grade intersections to the south. This suggests there may be potential for new deposits further south. There’s also the three grams per tonne intersection to the north to consider.
Finally came exceptional results from Barns and White Tank which account for the other half of the existing resource. Results such as 3.25 grams per tonne over 13 metres, 6.28 grams over five metres and eight grams over three metres are incredibly exciting against any metric, according to the company. This provides a very solid platform to grow this resource zone.
Analysis of all the data from the fourth drill programme is underway and will inform an updated geological interpretation of the existing resources at Baggy Green and Barns while paving the way to define a maiden resource at Clarke
The company has a very exciting year ahead with its next drilling programme planned which will be informed by the results of this programme
These results all show that Cobra is delivering on its plan, doing the work and getting the results needed to deliver on the 1m oz initial resource strategic objective
The shares have gone up since listing, as a result of these strong results, as well as a natural favouring of gold on the part of investors in times of uncertainty.
Also attractive to the market is the safety of Australia as a jurisdiction.
This is a quality project in an established gold system in the Gawler Craton which is home to some of the largest iron-oxide-copper-gold discoveries in Australia, including BHP’s Olympic Dam.
At its current size, with its current resource and with the results from this last drilling programme, Cobra has a number of opportunities that could see it undergo a value rerating.