Gold Could Be the Next Antimicrobial Therapy. 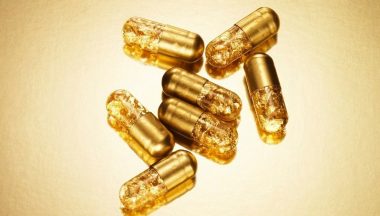 Gold’s usefulness can certainly extend beyond its store of value status in the capital markets, including a possible use as an antimicrobial therapy.
With the joint effort of researchers from the Southern University of Science and Technology, the Fudan University in China, and the University of Leeds in the U.K., studies revealed that gold nanoclusters could attract bacteria without damaging surrounding tissue.
“By weaving the gold into two molecules with contrasting levels of electrostatic stickiness, the team built a particle that has the potential to punch holes in the defenses of many common bacterial pathogens without hanging around to harm surrounding tissues,” Science Alert says.
When reduced to nano particles, gold has the ability to facilitate chemical reactions that release oxygen species that can damage DNA in bacteria. Gold can also weaken the cell membranes of bacteria, making them more prone to the effects of antiobiotics, while also absorbing laser light to facilitate the destruction of the bacteria.
“At first glance, gold might not seem like an obvious treatment for killing germs. Reduced to a fine, nanoscale dust, this heavyweight element is capable of wreaking some serious damage,” Science Alert adds.
The research team was able to use the combination of positively charged compounds to make gold more attractive to bacteria.
“By systematically tuning the ratio of the two ligands, we have identified a way of using gold nanoclusters not only to act as effective antimicrobial agents, but as a mechanism to enhance the potency of antibiotics which have become ineffective because of bacterial drug resistance,” said Dejian Zhou, a chemical engineer from Leeds.