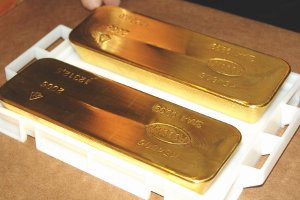 The World Gold Council recently published data for February 2019 on the gold reserves of some countries. The total volume of gold of central banks increased over this period by 51 tons. For private investors, the publication of data on the gold of central banks may be interesting in the sense that they can see how regulators are actively buying up precious metals for the international reserves of their countries. In February of this year, only 200 kg were sold. gold one of the central banks.

It is worth recalling that in November, December and January, Central Banks bought from 17 to 25 tons of gold every month. Nine regulators bought the most of the yellow precious metal, with the Central Bank of Russia receiving up to 31 tons.

The People’s Bank of China is in second place in terms of purchases, followed by Qatar (+3.1 tons) and Kazakhstan (+3 tons). In general, it can be said that the net purchase of gold by central banks in February with a volume of 51 tons can be considered average, since this indicator is constantly changing. For example, in October 2018 105 tons were purchased, and in December 2018 only 5 tons.

You can be sure that Central Banks will keep the trend to buy a yellow precious metal for their reserves. If Western countries simply retain their gold reserves, then Asian countries are trying to gradually increase them, since the share of precious metals in international reserves is much less than in developed countries of the West. At the moment, the United States owns the largest official gold reserves of 8.133.5 tons, followed by Germany with a volume of 3.369.7 tons, and Italy is in third place with 2.451.8 tons.

For any state, gold reserves can become a lifeline in case of a severe economic crisis. Venezuela has become a vivid example of this, where the authorities of the country sell state gold in parts in order to obtain foreign currency for the purchase of imported goods. In April of this year, the Venezuelan authorities sold another 8 tons of gold from the reserves. Now the gold reserve of this Latin American country, according to official data, is 161.2 tons, but most likely, this figure is actually even lower.